Once Seen On Blue Peter

‘A hoot… I only wish the show had been twice as long!’

‘Astonishing… why wasn’t I asked to be in it?’ 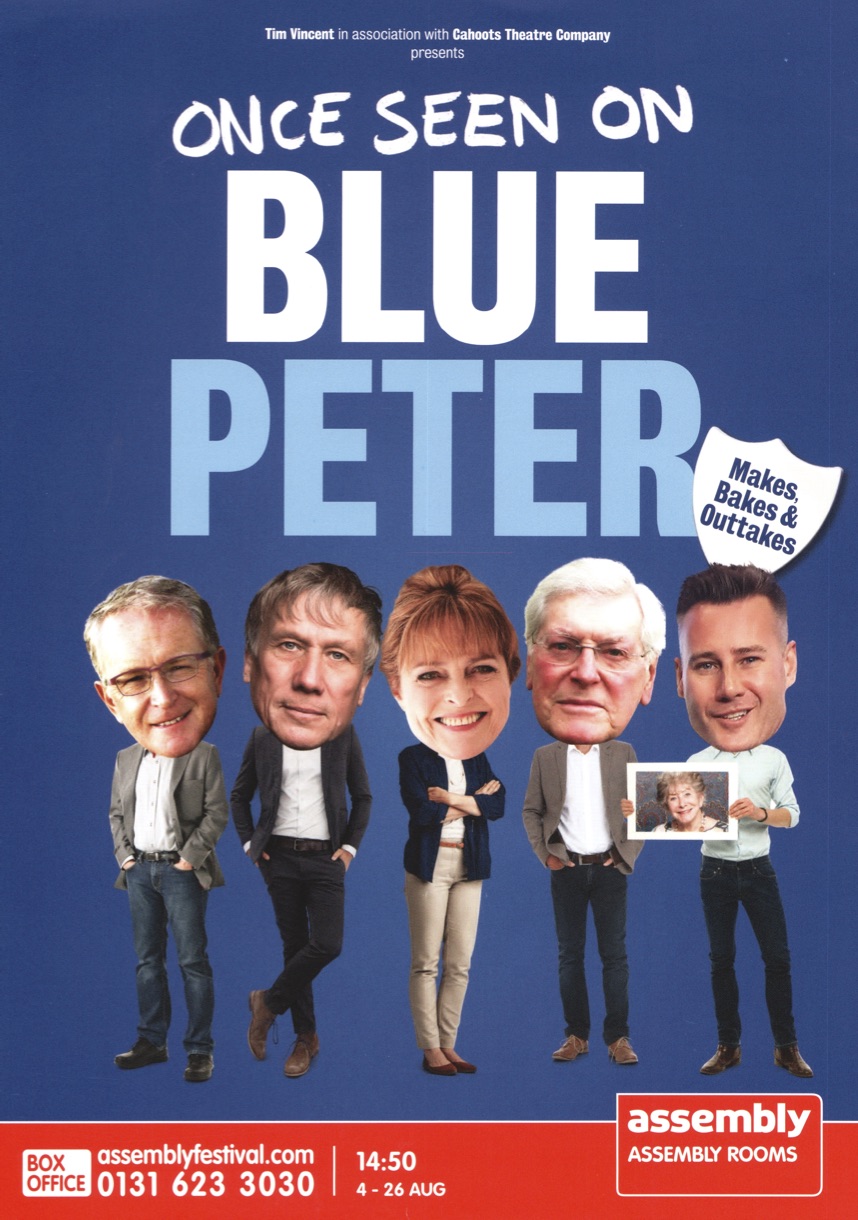 The BBC children’s magazine TV series BLUE PETER was first screened in October 1958, making it the longest-running children’s TV programme in history. Some five thousand episodes and thirty-seven presenters later, ONCE SEEN ON BLUE PETER was one of a number of commemorations in 2018 marking that extraordinary milestone, along with several ex-presenter reunions and the release of a unique diamond anniversary Blue Peter badge.

We'd love to hear from you

Send us an email or fill out the form below. We’ll get back to you as soon as we can.

Thank you! We'll get back to you as soon a we can.
Oops! Something went wrong. Have you filled in all four of the fields?
Copyright 2020 | Feather Productions LTD